first on the list is temitayo olufisaya was born on the 8 of October 1996, his career started in 2015 he plays for torino FC he is the brother of Jordan aina(CHELSEA fc U18). he was formally at Chelsea but secured a permanent move to the seria A side after he impressed the club while on load as we have stated above he presently takes home €19,230 (over N7.5 million) per week.

the second highest-paid Nigerian on the list is Stefano Okaka (€700,000), Stefano Chuka Okaka was born on 9 of August 1989, is an Italian footballer who plays as a forward for Udinese on loan from English club Watford though he has not played for Nigeria, it is his connection to Nigeria that brought him to this list. 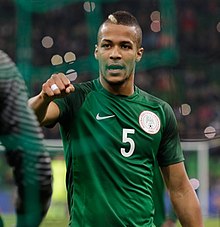 and William Troost-Ekong who recieves an anual fee of (€400,000). he is a Nigerian professional footballer who plays as a centre back for Italian club Udinese. born on the 1 September 1993, the 23 year old  is a mixed Dutch and Nigerian. he currently plays for the Nigerian national team.

leave a comment if you can please Cancel reply

This site uses Akismet to reduce spam. Learn how your comment data is processed.